THE BOND ON BRICKELL 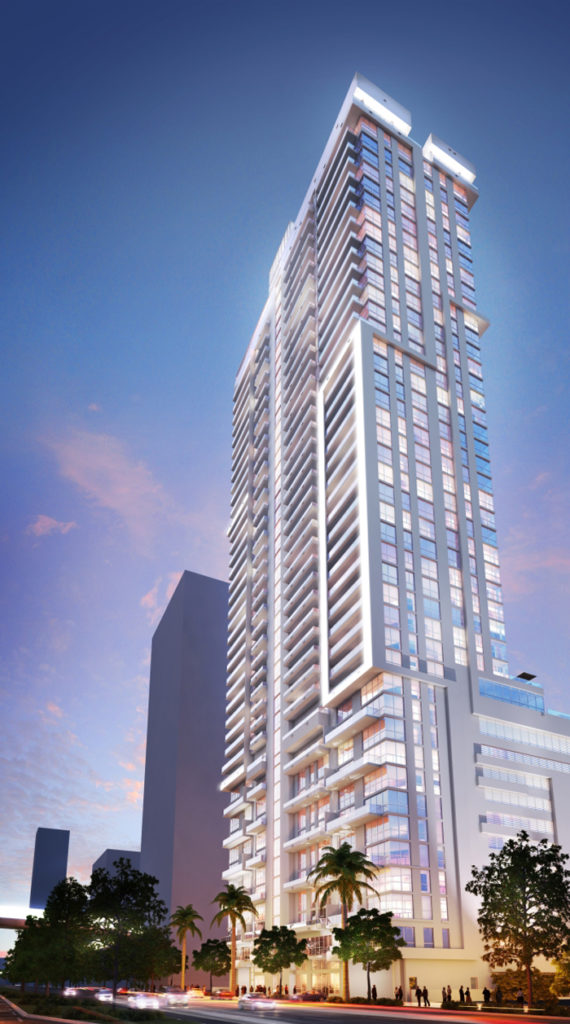 Named after Bond Street in London a high-end shopping street, known throughout the world for being home to elegant stores, exclusive brands, designer fashion, luxury goods and fine jewels. THE BOND creates an ambiance that evokes London’s legendary jet-set lifestyle of the 1950s and 60s, intended to attract today’s jet-setters from around the world.

Inspired by the best of classic British elegance and glamour, this lavish condominium captures the urban London feel and expresses it in a not flashy but sober architecture; combined with a stylish, sophisticated, trendy but timeless design. Appointed with luxury amenities and chic interiors, this 44 story luxury tower offers an unparalleled location in Brickell, one of the most sought-after neighborhoods in Miami.

THE BOND experience begins the moment residents and their guests arrive to the building’s entrance and step onto an illuminated crosswalk that pays homage to The Beatles’ famous Abbey Road album cover, leading to an elegant lobby. Terry O’Neill’s photos of iconic British celebrities -including Elton John, Twiggy, Mick Jagger and James Bond- all of which have once graced the covers of international magazines, give the golden touch. Nine of this famed photographer’s limited edition signed prints will be displayed throughout the common places inside the building. These photos also inspire the ultra-lux and exquisite design by award-winning Logger, featuring a combination of mid-century and ultra-contemporary furnishing, original works of art, as well as timeless and sophisticated material in both the inside and out.

THE BOND lifestyle represents luxury and comfort set against the backdrop of the city’s most desirable shops, restaurants, arts and entertainment venues.